Podiatry Can Save Your Life | Get Your Free Foot Exam

Please excuse my corny topic for this month, but please indulge me as I am very high on podiatry right now. Most days are pretty good or even “just OK”. Then every once in a while something happens to make the days fantastic.

Two weeks ago a 55 year old gentleman comes back to the office after an absence of about 2 years. His complaint at that time was a stiff and sore ankle especially in the morning. Exam with  X-Rays revealed mild osteo arthritis with a little something extra.  The dorsal arteries to his foot were calcified and clearly visible on his films. This is not a common occurrence though it is often found in people much older with arterial occlusive disease. After showing him (and his wife) my findings, I proceeded to ask the standard questions relating to such findings, first being when the last time he had a complete physical exam was.

To my surprise it had been more than 30 years.  Comfortingly I explained that if the arteries in his feet were calcified, there was a good chance that other arteries in his body were calcified as well, in particular his coronary arteries.  Though this did not appear to faze him in the least, it did get a response from his wife. When asked what he should do about it, I firmly insisted that he get a complete physical exam ASAP.  Though not trying to alarm them I did stress the importance that this not be put off. I treated his ankle pain and requested he come back in 1-2 weeks for a follow up on his ankle.

That  1-2 week period became 2 years and this is where we pick up the story.  “Doc… You saved my life”...Thinking that he had probably undergone a cardiac bypass procedure, I asked him “How many arteries were clogged”?? His reply was “My heart was OK.  No visible cardiac disease, though my cholesterol was pretty high.”  When asked “How did I save your life? The reply was a moment of pause for him and his wife. “It seems that for the previous several months before I even came to you, I had lost some weight, but attributed it to working too many hours and not getting enough rest. My MD asked if there had been “any weight loss in the last 6-12 months” and of course I answered ‘yes”. “Though I was not in favor of it my MD insisted that I get a colonoscopy. My wife gave me no options and I agreed to the procedure.”

I guess you know where this is going as the procedure gave him a diagnosis of early colon cancer.  He was treated and as of the time of his visit had made a full recovery. “Doc… My MD told me that if I had not come to him when I did , because of your findings and your suggestion,  I would have ignored my symptoms (as many people do) and would have been dead within one year.”  That look of “thanks” in not only his eyes, but the tears in his wife’s eyes, gave me a feeling that is hard for me to describe.

Some days are good, but other days are fantastic…

I leave you today with the advice that we all get our checkups and listen to all of our health care providers.  If not for yourself, then do it for your loved ones. 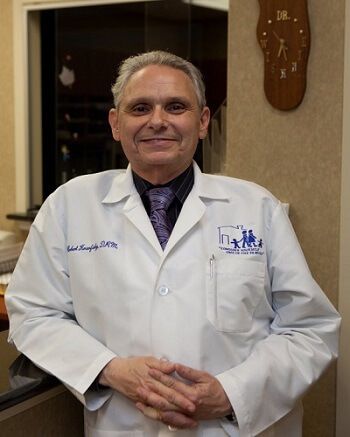 by Robert Kosofsky, D.P.M. [email protected]
Connect with me
Dr. Robert Kosofsky has over 25 years of experience treating patients in our Hillsborough & Piscataway offices
1 Comments
I will like to have a free foot examin.
by Jude Louis-jean August 19, 2013 at 10:18 AM
Post a Comment