WHY ARE MY TOENAILS BRITTLE OR CHIPPING?

Do you suffer from brittle toenails that chip easily? Brittle nails, or onychorrhexis, is a very common condition, affecting about 20 percent of the population and is very common in women. It's characterized by easy breakage or  splits lengthwise or nails that easily "peel" across from corner to corner. 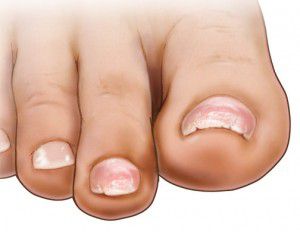 WHY ARE YOU GETTING THIS?

Nails get brittle with age, which is the most common cause of the condition. But there can be underlying conditions that affect the structural quality of the nail. These range from relatively harmless issues like nails that are exposed for too long to water, soap or detergent, to evidence of serious underlying conditions, like hypothyroidism, an endocrine disorder or malnutrition.The job of the doctor is to determine if a change in nail quality like the thickness or even color has occurred as a sign of a more serious condition.

"Nails often reflect our general state of health. Changes in the nail, such as discoloration or thickening, can signal health problems, including liver and kidney diseases, heart and lung conditions, anemia and diabetes," reads the American Academy of Dermatology's literature on the subject. "Symptoms that could signal nail problems include changes in color, shape, and/or thickness, swelling of the skin around the nails, bleeding or discharge, and pain."

Your Lifestyle Can Make It Easier to Get Nail Fungus

Water exposure and prolonged, non-stop nail polish use are easy enough to alter. If those have been ruled out or if brittle nails are one of a constellation of symptoms it's important to see a doctor for testing. Conditions we more often associate with skin, like psoriasis, can also cause brittle nails. Some companies sell vitamins that are meant to help strengthen nails, most notably using a b-complex vitamin called biotin, but there is very little evidence to suggest that these vitamins actually improve brittle nails. That's largely because biotin deficiency is extremely rare and so very few cases of nail brittleness are caused by it.

by Brad Schaeffer, D.P.M. [email protected]
Connect with me
Dr. Brad Schaeffer is an expert in foot and ankle pain, treatment and surgery. Learn more about our doctor. 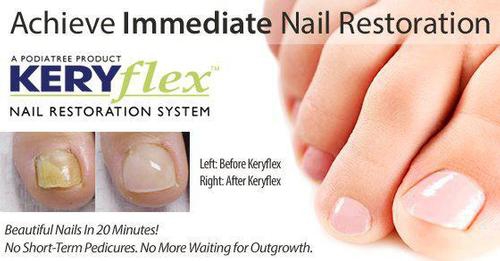